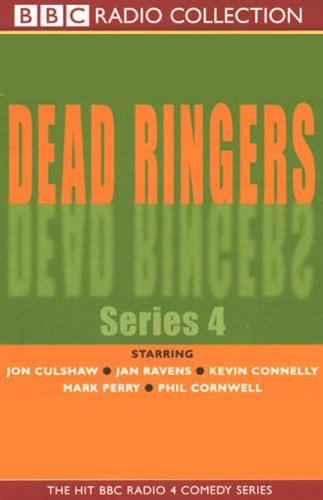 Just when you thought it was safe to listen again, Dead Ringers is back with its skewed and scary take on the world of celebrity, politics, and the mass media. All human, and quite a bit of inhuman, life is here.

In this fearsomely funny fourth series, Ruth Archer discovers the terrible truth that her son is...pre-recorded, whilst Yoda from Star Wars calls 192 and Obi-Wan phones the Dorchester Hotel. Dale Winton contacts the US Marines, appears on The Jerry Springer Show, and books a table at the Ivy for him and his unlikely list of showbiz pals. Plus much more!

Jon Culshaw, Jan Ravens, Phil Cornwell, Kevin Connelly, and Mark Perry give us their inimitable impressions of the people we love to laugh at in these four frenetic episodes.

What listeners say about Dead Ringers