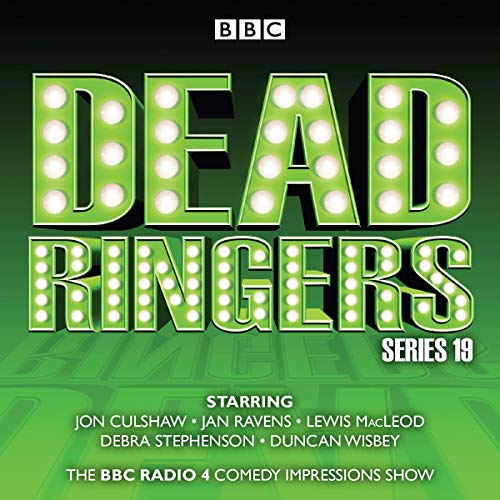 The complete Series 19 of the award-winning BBC Radio 4 impressions show.

The Dead Ringers team is back for another series of the topical comedy show that will go on forever - much like the Brexit negotiations.

In these six shows, the entire cast of the Tory leadership election makes an appearance - even that one who no-one’s ever heard of. Plus, Theresa May brings her Withdrawal Agreement in to The Repair Shop, the Queer Eye gang gives Ann Widdecombe a makeover and British superheroes the National Treasures welcome their newest member: Lorraine Kelly.

There’s terror in store as a haunted Boris Johnson meets the Mr Hyde to his Mr Hyde, Jeremy Hunt finds a way to put his talents to good use in 24 Hours in A & E, and Tom ‘The Watsonater’ behaves in a way that’s completely unacceptable to Jeremy Corbyn - he takes a clear view on something.

Also included with the latest series will be Christmas specials broadcasting later on this year.

I have every series on Audible, it just gets better and better. Very funny often near the knuckle humour but brilliantly done. The impressions are excellent, particularly Trump. Would wholeheartedly recommend. Enjoy!