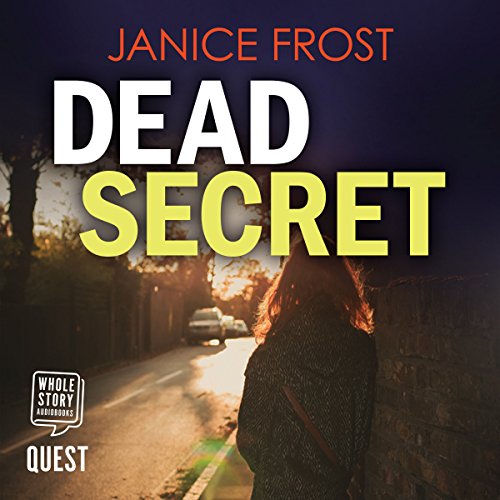 Shocking family secrets come to light when a young woman is murdered.

Amy Hill, a 19-year-old student, is strangled and her body dumped on open ground in the city. New police partners DI Jim Neal and DS Ava Merry are called in to investigate this brutal crime. The last person to see Amy alive was Simon, the son of a family friend, but before he can be properly questioned he disappears.

Detectives Neal and Merry are led on a trail of shocking family secrets and crimes. Can this duo track down the murderer before anyone else dies? Stopping this tragic cycle of violence will put DS Merry’s life at risk in a thrilling and heart-stopping finale.

If you like Angela Marsons, Rachel Abbott, Ruth Rendell, or Mark Billingham, you will be gripped by this exciting new crime fiction writer.

Dead Secret is the first in a new series of detective thrillers featuring DS Ava Merry and DI Jim Neal. Ava Merry is a young policewoman, recently promoted to detective sergeant. She is a fitness fanatic with a taste for dangerous relationships. Jim Neal is a single dad who juggles his devotion to his job with caring for his son.

Set in the fictional northern city of Stromford, this detective mystery will have you gripped from start to shocking conclusion.

"If you read one detective thriller this year make it Dead Secret. I really couldn't put this mystery down. Great pace, well-developed characters with some very dark pasts." (Ann Abrams)

"A brilliant new detective writer who will have you reading all night. I loved it." (Chris Child)

What listeners say about Dead Secret

Just a slim hope for the partnership & series

The author commits, what I believe is an enormous blunder - Ava's behavior isnt reckless (that would be tolerable) - her behavior is actually moronic and demeaning. We expect our protagonists to have adult relationships, what the author does to Ava is cheapen her like a Red Sparrow bimbo. We get that she's stunning and young - don't make her randy 17 year old. Making good choices can be sexy. I'm not going to wait 4 books for her to develop some discretion - the Doctor in book 3 doesn't redeem the author's misstep

Excellent start to a new series

This installment was an excellent start to a new series. There were plenty of twists and turns to keep me hoping there was no en to this roller coaster. I highly recommend this to thriller fans.

First in the series

A detective story -lots of cleihes

The characters are not well developed and very superficial. The main protagonists have interesting back stories but these are poorly introduced. Narrative does not help.