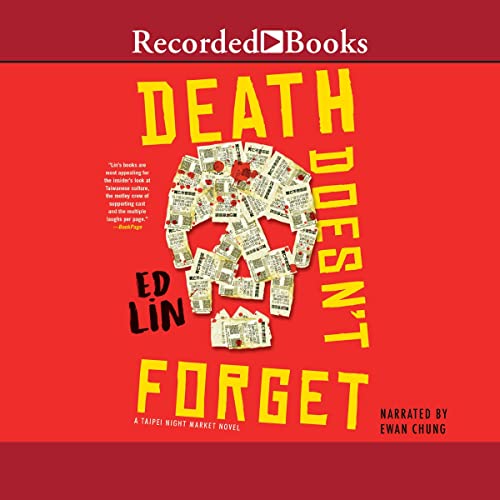 Jing-nan, owner of a popular night market food stall, is framed for a string of high-profile murders—why does it seem like he’s always the one left holding the skewer? The fourth entry to Ed Lin’s Taipei mystery series is as hilarious and poignant as ever.

Taipei is rocked by the back-to-back murders of a petty criminal and a police captain just as the city is preparing to host the big Austronesian Cultural Festival. The celebration is set to bring in indigenous performers from all around the Pacific Rim to the island nation of Taiwan. Jing-nan, the proprietor of Unknown Pleasures, a popular food stand at Taipei’s largest night market, is thrown into the intrigue. Is he being set up to take the rap, or will he be the next victim? The fallout could jeopardize Jing-nan’s relationship with Nancy, his grad-school girlfriend. Nancy herself has to come to terms with reconciling with her estranged mother, who was living with the murdered criminal, and had an adversarial relationship with the dead cop.

Jing-nan also has to be careful not to alienate his trusty workers Dwayne and Frankie the Cat, who are facing their own personal trials. Dwayne, who is of aboriginal descent, tries to navigate a productive path while respecting his heritage, even if he can’t seem to make it to the gym. Septuagenarian Frankie helps a fellow veteran in a contemporary world that seems to have forgotten them.

Jing-nan, meanwhile, is facing his biggest personal and professional challenges yet, and everything is on the line. Worst of all, he could lose followers on social media.