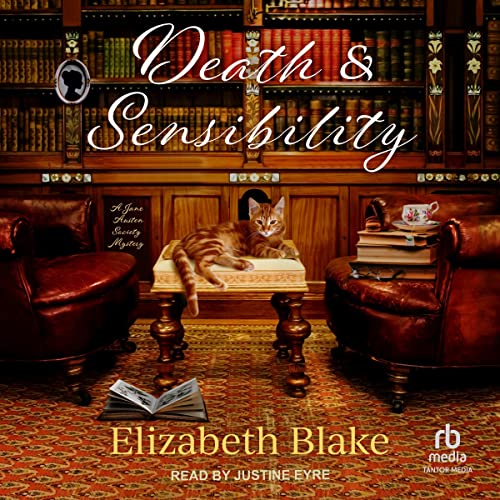 When the quaint English town of York hosts a Jane Austen Society conference, bookseller Erin Coleridge is glad to get out of Kirkbymoorside for a while—until featured speaker Barry Wolf suddenly perishes from what appears to be a heart attack.

Erin is suspicious, since Barry had no history of heart disease. But who did him in? Was it the decedent's assistant, Stephen, who was observed chatting to Barry's young wife Luca earlier that night? Might it have been Barry's ex-wife Judith, who was seen arguing with her erstwhile betrothed at the bar? Meanwhile, conference co-chairs Hetty and Prudence have been at one another's throat since the conference. Is one of them the culprit?

Matters of the heart are putting Erin off her guard. Both Detective Inspector Peter Hemming and schoolteacher Jonathan Alder have made gestures of romantic interest, but Erin isn't sure who is her Willoughby and who is her Colonel Brandon. DI Hemming tries to persuade Erin that her entanglement in the murder investigation is far from sensible, but his entreaties come to naught. Dauntlessly, Erin joins forces with Kirkbymoorside's cat lady, Farnsworth, to ferret out the guilty party.

What listeners say about Death & Sensibility

Ok I will keep it simple, if you liked the first book you will also enjoy this one. It is a good read with excellent character development.

As good as the first book

A great story and well spoken. I became immersed in the York Grand Hotel and all the characters.