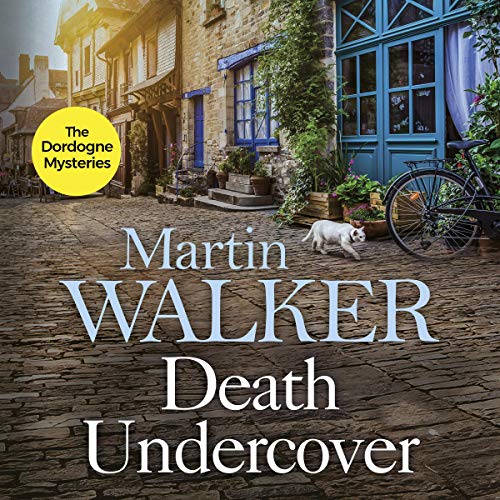 Previously Published as Children of War

Bruno, Chief of Police, France's favourite cop, is under pressure once again in this internationally best-selling series. He's investigating a murder - but it's one his bosses would rather he left well alone....

Bruno, Chief of Police in the charming French town of St Denis, is already busy with a case when the body of an undercover French Muslim cop is found in the woods, a man who called Bruno for help only hours earlier.

But Bruno's sometime boss and rival, the Brigadier, doesn't see this investigation as a priority - there are bigger issues at stake. Bruno has other ideas.

Meanwhile, a Muslim youth named Sami turns up at a French army base in Afghanistan hoping to get home to St Denis. One of Bruno's old army comrades helps to smuggle Sami back to France, but the FBI aren't far behind. Then an American woman appears in St Denis with a warrant for Sami's extradition.

Bruno must unravel these multiple mysteries, amidst pressure from his bosses and find his own way to protect his town and its people.

"So likeable is Bruno and so convincing his milieu that I was desperate for more.... Formidable!" (Independent on Sunday)

What listeners say about Death Undercover

Overall this is another good mystery, but sometimes felt a bit drawn.

I am getting frustrated with the personal relationship Bruno has with Pamela, I hope some finality or completion comes to it and Bruno’ s personal life becomes complete.

For fans of the series, this was a good listen.

Loved the characterisation and interplay between the characters and the passion for all things French. Also the development of Bruno's relationship with the mayor and Bruno's love-life proved interesting.
Thought the 3rd storyline about the rape too contrived and unnecessary.
4 stars because generally well narrated and with a good understanding of French provincial life

Having begun with the first book in this series they just get better with each one that comes. These are enough to stand alone but there is a depth of story content to enrich the pleasure of the book even more.
These books are enough action to satisfy my husband's pov but for me there is a richess of emotional literacy to satisfy me. It does make me wonder if Bruno is as dashing as my mind is making him be!
Looking forward to the next story.

Yet again, Martin Walker has written a great book. I love the stories by Martin Walker, they're always very different. I would recommend any one reading this to try reading any book by reading one. 😺😺

Fast moving thriller without the nastiness of the book before (institutional homophobia).
Bruno finds himself at the centre of international intrigue, doing his best to protect a vulnerable adolescent he knows well, who's escaped slavery in Afghanistan, from an extremist hit squad, extradition to the USA - where learning disabled teenagers can face the death penalty - press attention, dodgy imams,career politicians and unethical psychiatrists. As usual, he's attracted to an unsuitable woman, an FBI agent with powerful family and a lethal force with a gun. You & I would be likely to give the Feds the body swerve, not our Bruno. He manages to solve a couple of other mysteries in the passing, dobbed on as usual by the mayor, and his occasional bedmate, the "mad Englishwoman" who is now posing as a Scot with a music hall accent, but since, after her mother's death, she's shown no awareness that Scots inheritance law differs from English law, she's clearly a fraud!
One thing this series does make clear, is that permissive gun laws are completely wrong!