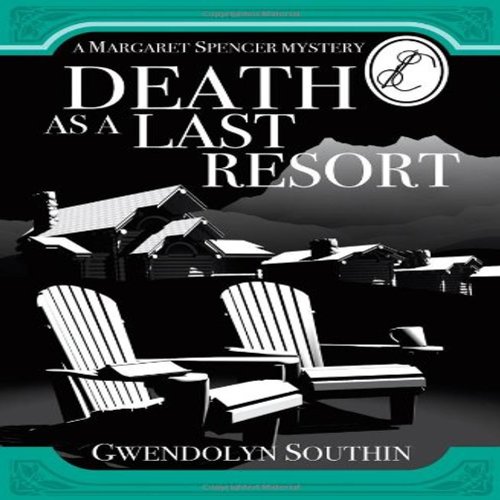 Strap on your skis and follow protagonists Margaret Spencer and Nat Southby onto the slopes in this fourth installment of Gwendolyn Southin’s Margaret Spencer Mystery series, Death as a Last Resort. In this action-packed mystery thriller, Spencer and Southby find themselves investigating not one but two deaths after discovering a frozen body which effectively derails their pleasant holiday.

Voice actor Cynthia Barrett gives it her all in this gripping performance, skillfully embodying this exciting novel’s intrepid detectives and using her light voice and precise intonation to amp up the suspense as she guides listeners through this clever whodunit.

It is January 1961 and Margaret Spencer and Nat Southby are relaxing on a ski holiday when their vacation takes a bone-chilling turn. While cross-country skiing the couple comes across the frozen body of Maurice Dubois, a man who went missing from a fishing resort the month before. When Maurice's wife is also found murdered, the two Vancouver detectives are hired by the victims' children to investigate. An energetic hunt begins, as Maggie and Nat find themselves involved in clandestine visits to a clothing factory on East Hastings Street, encounters at horse-breeding stables in Langley, a car chase to Lulu Island and eventually a pilgrimage to the fishing resort at St. Clare’s Cove in Pender Harbour.

In Death As a Last Resort, the fourth book in the popular Margaret Spencer Mystery series, our favorite Vancouver female sleuth Maggie Spencer and her partner Nat Southby continue their escapades as they track down the unlawful and dangerous.

What listeners say about Death as a Last Resort