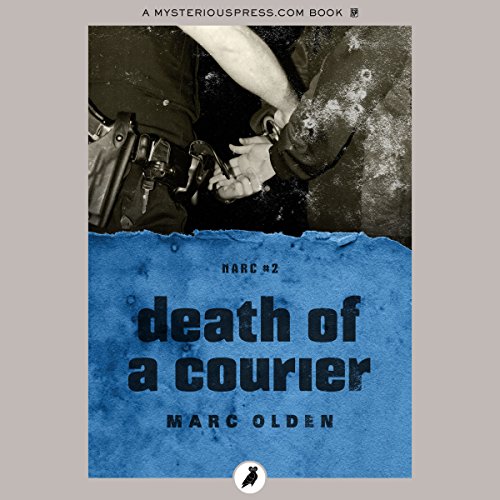 Death of a Courier

To break the mafia, Bolt must face his murderous ex-partner

Narcotics agents aren’t supposed to ride horses. But today John Bolt is tailing a drug courier in Central Park, and in two feet of snow, horseback is the only way to ride. When he hears the pop-pop-pop of a .32 pistol, he knows his man is dead. Bolt charges to the scene, and the gunmen open fire. They kill his horse, and Bolt avenges the animal. As one of the killers bleeds into unconsciousness, he says they were sent by Apache.

Apache. Codename for Paris Whitman, a former top man in Bolt’s department who flipped to the other side. Now a mafia enforcer, Apache is working his way up the mob ladder by targeting his old colleagues. Once, he and Bolt were partners. Now they fight each other in a duel to the death that will determine whether the trickle of drugs into this country stops, or becomes a flood.