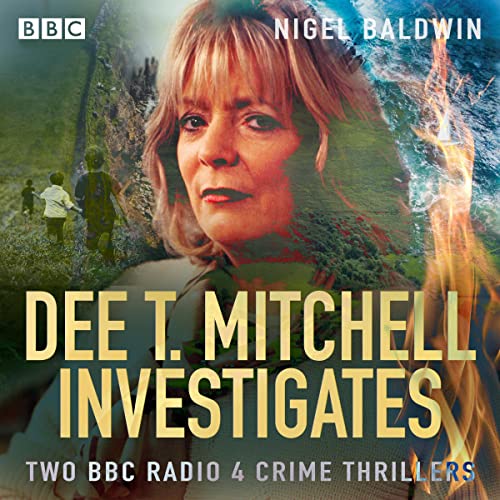 These two gripping crime dramas follow the dogged, imaginative and impressive investigations of Dee T. Mitchell, a reporter on a local Swansea newspaper, as she attempts to uncover the murders of two individuals and in the process exposes deep secrets and cover-ups across the Gower peninsula and beyond.

In Cordoba, when famous Welsh writer Raymond Turner is blown up on his yacht, Dee is sent to cover the memorial service. Interviewing grieving relatives isn't Dee's idea of a scoop, but when one of the mourners hints that Turner may have been murdered, her interest is piqued. Stuck in a rut, Dee hopes that this story could be the one to reinvigorate her and reignite her passion for journalism. So, teaming up with suave BBC sports correspondent Conrad De'Ath, she sets out to investigate - only to find herself probing three deaths, not one. Dee is determined to find out the truth - and soon uncovers a web of deceit involving the mysterious deaths of children across the Gower peninsula, and the cover-up of a potential national disaster....

Broad Canvasses sees investigative reporter Dee Mitchell return to Swansea from exile in Spain to find herself embroiled in cover-up and conspiracy. Her reputation draws her into the mysterious death of student Sarah Massey. Did Sarah uncover something untoward about a water pollution 'accident'?

Some dramatisations date well, others don't

Save your credit for something else; cringey story line, background music and performance! Zero research done on the subjects covered