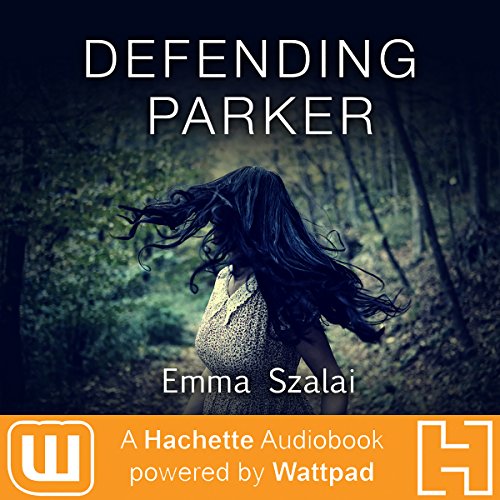 Defending Parker is a new release from Hachette Audiobooks: Powered by Wattpad - an innovative collaboration between Hachette Book Group and Wattpad. Your favorite online stories, now available in your headphones!

As the daughter of a lawyer, Jillian Thomas has never been one to question the law. She's smart, she's athletic, and when her father's job causes them to move to the small town of White Rock, her one goal is making the track team to continue to do the thing she loves - run. It doesn't take long for things to fall into place for Jillian, but when the allure of a mysterious stranger sparks her natural curiosity, she suddenly finds herself stuck in the middle of a situation she was never expecting.

Parker Collins has been the town's outcast ever since the death of his sister just a few months prior. After everything he's gone through, he resolves himself to staying out of everyone's way, ignoring the whispers floating around him, and taking the time to focus on his sketches. When Jillian suddenly storms headfirst into his life, he's thrown a curveball. At first he doesn't know what to think, but as she gets him to open up, he slowly finds himself falling in love - something he doesn't think he deserves. After all, even though he's innocent, he's set to stand trial for his sister's murder.

What listeners say about Defending Parker