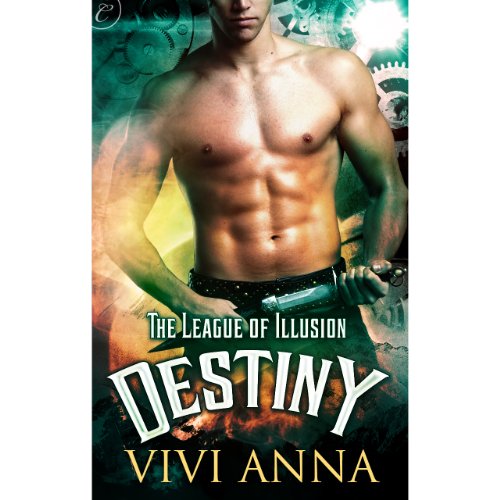 The conclusion to the League of Illusion trilogy.

Five years ago, Sebastian Davenport tried to go back in time to reverse a fatal mistake, but found himself trapped in another reality. Unaware of the jeopardy facing his family and the League of Illusion, he gave up his magic for a quiet life as a blacksmith. Quiet, until a monstrous three-headed goddess of war called the morrigan comes to town...

Seeing Sebastian poised to charge the goddess, healer Drea Blairwood has no choice but to hit him over the head to stop him. Nursing the mysterious outsider back to health afterward is just an added benefit. She knows he's hiding something about his past, but has no idea what kind of adventure awaits them both.

Sebastian has no desire to risk the life of anyone else, let alone someone as enticing as Drea. But after militant elves kidnap Drea, Sebastian needs to find a way to reclaim his magic. The fate of the League - and the world - hangs in the balance.

What listeners say about Destiny