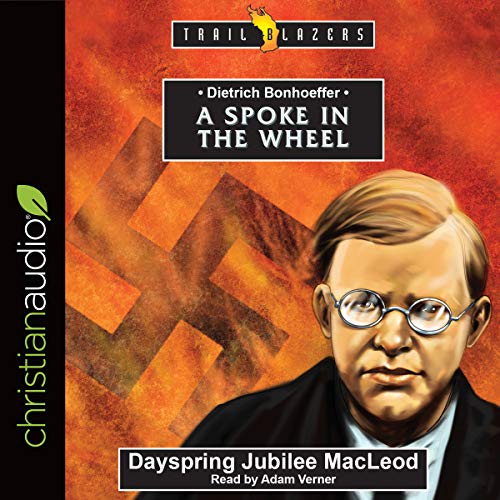 Dietrich Bonhoeffer is one of the heroes of World War II. Not only did he preach God’s word fearlessly, he spoke and actively resisted the evil of the Nazi regime. Discovered to be one of the people behind the plot to assassinate Hitler, he was arrested and eventually martyred.

Today, he is remembered for his writings, including his letters from prison and commentaries. Not long before his death, he was engaged to be married, and this unfulfilled marriage is one of the bittersweet notes to his story.

What listeners say about Dietrich Bonhoeffer: A Spoke in the Wheel