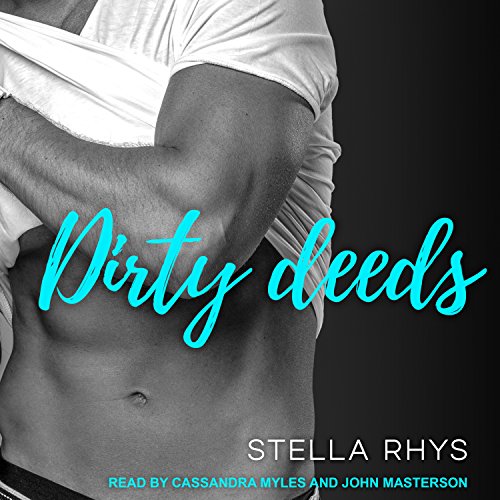 It's been 12 years since I've seen him, but loathing Emmett Hoult still runs in my blood. Thanks to the hell he wreaked on my teenaged life, I've avoided the prick like the plague. But desperate times call for desperate measures, and after a fire destroys my apartment during the most important week of my life, I'm suddenly as desperate as they come.

Hence the roommate situation. It's his summer home. His family said he wouldn't be around. They said I'd never run into him. But oh, did I run into Emmett Hoult. And in the worst way possible.

I didn't expect to see her ever again, let alone the way that I did. But now that she's back in my life, I'm not screwing things up. She still hates me - I know that - but it won't stop me from chasing the only two goals I've made for this summer. Making things right. And making her mine.

Great story.... so so narration

I have liked all 4 books, (I listened out of order) and enjoyed all the stories. I’ll probably look Stella on Kindle Unlimited. Characters and secondary characters were well-thought out. I enjoyed the plot twists. I enjoyed John Masterson’s narration but found Cassandra’s a bit grating. At times it felt poorly read. At other times, I just sound her to be sicky sweet and too young for the character. Maybe these 4 just weren’t the best material for her.

A hot, steamy, sultry, and passionate journey to go on with Aly and Emmet. I loved the slow burn, the banter, and of course the fiery chemistry. I enjoyed every single moment of this book.

nice story. love that they have the same narrators for the whole series. listening to the next book now.