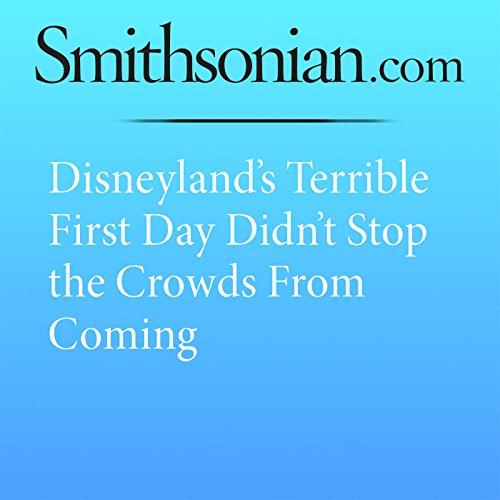 When Disneyland opened on this day in 1955, writes Christopher Klein for History.com, the brand-new theme park just wasn’t ready. Workers were hammering and painting right up until the moment that the ABC television network aired the opening. “Like many Disney productions, the live broadcast was fantasy, not reality,” he writes.

"Disneyland’s Terrible First Day Didn’t Stop the Crowds From Coming" is from smithsonianmag.com, published on July 17, 2017.