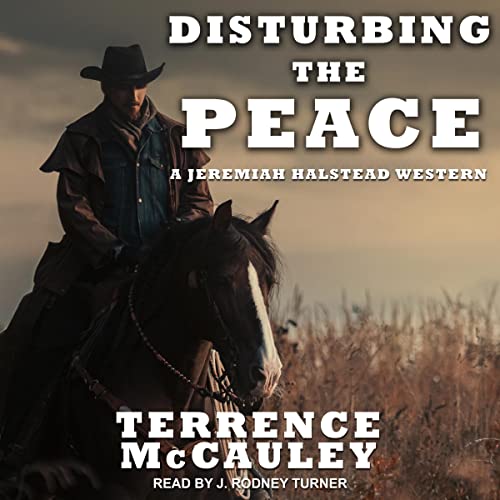 Deputy U.S. Marshal Jeremiah Halstead keeps the peace in the mining town of Silver Cloud, Montana. But an old enemy has declared war against him.

Ruthless and clever, Ed Zimmerman would have become the leader of one of the west's deadliest and hell-bent outlaw gangs. Zimmerman has offered a generous bounty to every desperado willing to put a bullet through the U.S. Deputy Marshal's heart.

A death sentence won't stop Halstead from enforcing the law. The sheriff of Battle Brook needs a hand dealing with some hell-raising badmen in the surrounding hills, threatening to take over the frontier town. Joined by Deputy Sandborne, Halstead rides hard for Battle Brook only to discover manhunters aware of the price on his head are in town, guns cocked and ready to collect the reward.

And Zimmerman has joined the outlaws in the hills, waiting to catch Halstead in his sights . . .

What listeners say about Disturbing the Peace