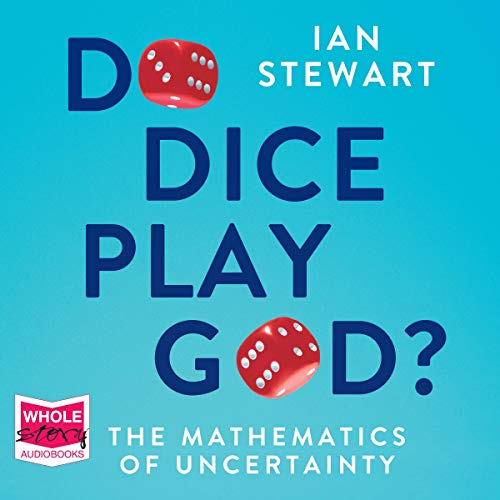 Uncertainty is everywhere. It lurks in every consideration of the future - the weather, the economy, the sex of an unborn child - even quantities we think that we know such as populations or the transit of the planets contain the possibility of error. It's no wonder that, throughout that history, we have attempted to produce rigidly defined areas of uncertainty.

However, over the centuries pioneering mathematicians and scientists began to reduce wild uncertainties to tame distributions of probability and statistical inferences. But, even as unknown unknowns became known unknowns, our pessimism made us believe that some problems were unsolvable and our intuition misled us. Worse, as we realised how omnipresent and varied uncertainty is, we encountered chaos, quantum mechanics, and the limitations of our predictive power.

What listeners say about Do Dice Play God?

for reading not listening

I'm conflicted about this. I really like some of the story telling and well researched history of probability but couldn't get through it because big sections just don't work as an audio book. I even tried slowing there speed down to help but maths problems are too hard to get it through speech alone. I am hoping to buy the actual book instead though.

Unsuited to audible. Must read.

Far too many figures and symbolic representations for this to work well as an audio book. If you want to understand the concepts, you have to see the page and go back as necessary. May buy the book but I didn't finish listening.

An interesting audio book but the maths is difficult to follow without seeing the logic written down.