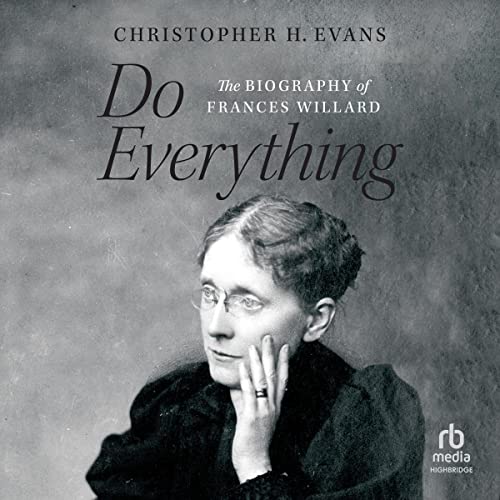 Frances Willard (1839-1898) was one of the most prominent American social reformers of the late nineteenth century. As the long-time president of the Woman's Christian Temperance Union (WCTU), Willard built a national and international movement of women that campaigned for prohibition, women's rights, economic justice, and numerous other social justice issues during the Gilded Age. Emphasizing what she called "Do Everything" reform, Willard became a central figure in international movements in support of prohibition, women's suffrage, and Christian socialism.

The first biography of Frances Willard to be published in over thirty-five years, Do Everything explores Willard's life, her contributions as a reformer, and her broader legacy as a women's rights activist in the United States. In addition to chronicling Willard's life, historian Christopher H. Evans examines how Willard crafted a distinctive culture of women's leadership, emphasizing the importance of religious faith for understanding Willard's successes as a social reformer. Despite her enormous fame during her lifetime, Evans investigates the reasons why Willard's legacy has been eclipsed by subsequent generations of feminist reformers and assesses her importance for our time.

What listeners say about Do Everything