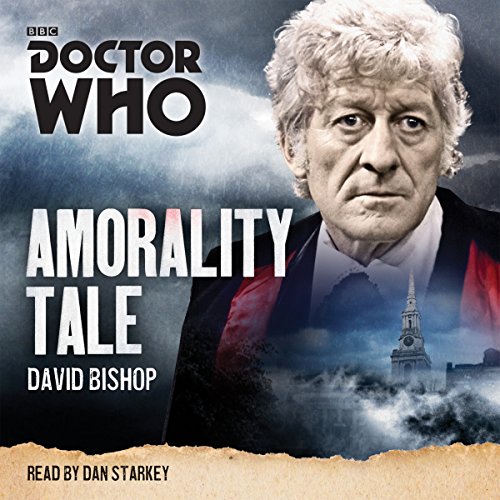 An unabridged narration of this original novel featuring the Third Doctor, as played on TV by Jon Pertwee, and his companion, Sarah Jane Smith.

When gangster Tommy Ramsey is released from prison, he is determined to retake control of his 1950s East End territory. But new arrivals threaten his grip on illegal activity in the area.

An evangelical minister is persuading people to seek redemption from their sins. A new gang is claiming the streets. And a watchmaker called Smith is leading a revolt against the Ramsey Mob's protection racket.

When Tommy strikes back at his enemies, a far more terrifying threat is revealed. Within hours the city's air turns into nerve gas, and thousands succumb to the choking fumes. London is dying....

I didn't get very far in the book. Not sure what's going on with the narrator. Sometimes he would talk twice the original speed for no reason!

I had to take away a star on story for this due to being so bleak. Mostly, it was a great tale, but every now and then the author seemed to feel the need to kill a character (usually horribly) and dwell on the nastiness. But leaving that behind, there's a lot to like here. We've got the Great Fog of 1952, East End gangsters (Doctor Who does the Kray brothers! Sort of), and evil, shape shifting aliens. The aliens in their natural form are hard to picture, as they are so vaguely described--creatures of light and dark with no mouths and a hundred eyes are really all we get. An excellent job of narration from Dan Starkey, who does an amazing 3rd Doctor--not an easy feat!