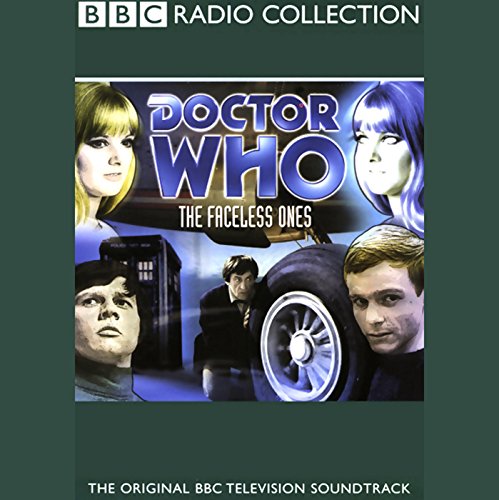 Patrick Troughton plays the second Doctor in this classic six-part tale of 'bodysnatching' from 1967.

The TARDIS makes a hazardous return to contemporary Earth, materialising at Gatwick Airport in the path of an oncoming aeroplane! The travellers split up in order to evade airport security, but in doing so they become embroiled in a plot to steal the personalities of young human beings.

The Chameleons: faceless aliens who have lost their very identities following a disaster on their home world. Now they have infiltrated the airport, setting up the bogus Chameleon Tours in order to kidnap passengers and take over their very identities. As the Doctor and his companions become mixed up in the alien machinations, it soon becomes difficult for them to distinguish friends from enemies....

This story, only two episodes of which survive in the television archive, marks the departure of companions Ben and Polly, played by Michael Craze and Anneke Wills, from the series. It also features Frazer Hines as Jamie and Pauline Collins as Samantha Briggs.

Invasion of the Faceless Airport personnel.

Cute little story. Take the plot of Invasion of the body snatchers, set it in a London airport and you got the Faceless Ones. Spaceships disguised as airplanes, evil pilots, and nurses. Great stuff. Sadly this is Ben and Polly's last story. To bad they didn't have much to do in it. They both disappeared by the second episode and only appearing in the last 10 minutes of the last episode. They are important in Doctor Who history. They were the first companions to witness the first time the Doctor Regenerates. That changed everything, and set the stage for the future of Doctor Who. In my opinion they deserved a better last adventure.

This is a nice departure from the usual cast of baddies faced by the Doctor and friends. Unless you've seen it before, the story keeps you guessing, but it makes sense (well as much sense as anything from the science fantasy realm of Doctor Who) once all is revealed. A great little story and listening to it makes you feel like you're back in the past experiencing Doctor Who for the first time.

Glad to finally experience this partially lost 2nd Doctor classic. An excellent story. Though it is strange that companions Ben and Polly were barely in it considering it was their last story.