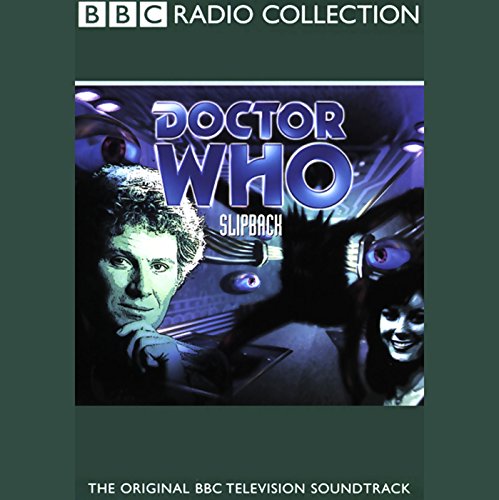 Following a spot of uncharacteristic intoxication, the Doctor wakes to discover that the TARDIS has materialised in the service ducting of the Vipod Mor, a huge craft which is itself floating in deep space. Furthermore, the console has detected Time spillage: someone or something is tampering with Time! Such experimentation could not only damage the Space/Time continuum but destroy the past and future history of the Universe. The Doctor and Peri board the craft to investigate.

Time experimentation isn't the only illegal operation being conducted on board. A number of valuable works of art have been stolen from those planets which the craft has visited, and two rather suspect policemen are patrolling the ducting in search of the intergalactic art thief. Soon Peri has been detained by the police, the Doctor is interrogated about the secrets of Time travel, and everyone has to suffer the on-board computer's split personality.

So is there anyone left to stop the spiteful captain cultivating and unleashing a killer disease?

60 minutes of my life I'm not getting back.

It was 1985, and Doctor Who had been placed on an 18 month hiatus by the BBC due, in part, to failing ratings and persistent criticism of the increasing levels of violence that were on display as Colin Baker had taken the reigns of the lead character (while season 22 was uneven, there was a lot of promise in the notion of a darker character in The Doctor; I will leave the debate of the merits of Colin Baker's tenure to others, as I rather enjoyed some aspects of his era). It was during this hiatus that the BBC produced a one-off radio drama written by then script editor Eric Saward (who's work I almost universally loathed in the program). Slipback is thus the only "new" Doctor Who that aired between Season 22 and 23, and unfortunately these 6 10-minute episodes weren't encouraging for the future.

Saward attempts to marry almost Douglas Adams-esque style comedy with what would otherwise be a somewhat brutal run-around featuring a fairly large cast of uninteresting characters doing uninteresting or questionable things until the majority of them are dead. The Doctor himself is side-lined for much of the story and the ever-present banter between him and his companion Peri (voiced as always by the lovely Nicola Bryant) is, ironically, the only high point. Most of the wit on display in the story is found in the sometimes wonderful dialogue delivered by Baker and Bryant.

Otherwise, the story stretches the listener's tolerance with a questionably voiced computer, which doubtlessly was intended to be funny but comes off as stilted and annoying, and a convoluted cast of characters with sometimes unbelievable motives, few of whom the listener ever cares about making the outcome somewhat irrelevant (and its the worst kind of deus ex machina outcome after backing the plot into a corner anyway, which I find annoying).

Aside from some minor wittiness in the dialogue, Slipback ably illustrates the problems the show was facing at this point in its history.

A fun collection of characters

This story has a plot, but it mainly serves as a character-delivery system. The various character-dynamics and quirks are quite amusing (or at least I thought so) and the story itself isn't bad, though like I implied, it kinda gets overshadowed by its players. Some people may find the computer voice grating, but I quite liked it. tl;dr I thought this was fun - YMMV