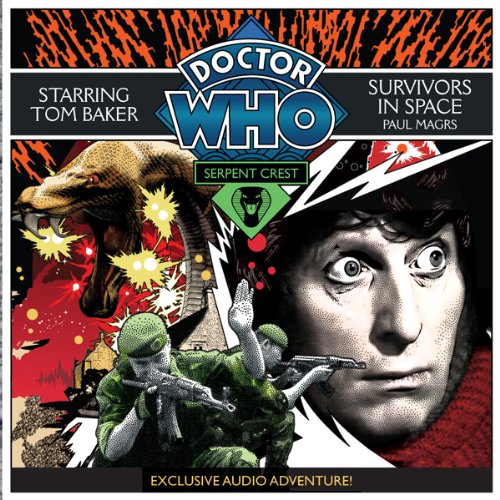 Tom Baker stars as the Fourth Doctor in the fifth of five thrilling, brand-new adventures, with Susan Jameson as Mrs Wibbsey, Richard Franklin as Mike Yates, and David Troughton as the Visitor.

It has been three months since the Hexford catastrophe, and Mike Yates is trying to show strength of leadership to the villagers. But with morale low and supplies running out, it is increasingly difficult to keep his own hopes up. Unless somebody finds them soon, the future looks bleak.

So when the TARDIS materialises on the village green, it seems that help has arrived at last. But with two Doctors apparently at large, there is still the small matter of what was buried under Nest Cottage - not to mention who is clamouring to break through the protective force field. Soon Hexford is under siege once again, and this time an ancient hunger will be sated. Time has run out for the keepers of the Skishtari egg....

With Tom Baker as the Doctor, Susan Jameson as Mrs Wibbsey, Richard Franklin as Mike Yates, Cornelius Garrett as Rev. Tonge, David Troughton as the Visitor, Nerys Hughes as Deirdre, Joanna Tope as Tish, Sam Hoare as Lucius and Paddy Wallace as the Tsar, Survivors in Space is the last of five linked stories written by Paul Magrs.

What listeners say about Doctor Who: Serpent Crest Part 5 - Survivors in Space

The End of the saga.

This was a great series. Thanks to a great cast.
Tom Baker the greatest Doctor of them all.
Susan Jameson as the original companion Mrs Whimsey.
Richard Franklin as Mike Yates
David Troughton as the Clone Doctor, sounds like his father.
I'm glad I listened to the series, I'm sorry there's no more with these characters. But I will cherish these stories forever.