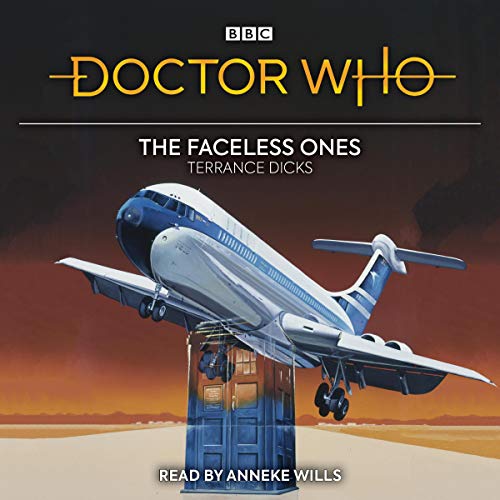 Anneke Wills reads this exciting novelisation of a classic TV adventure for the Second Doctor.

In the summer of 1966, thousands of young people are taking their holidays with Chameleon Tours - and not one of them is coming back.

When the TARDIS lands at Gatwick Airport the Doctor is drawn into a web of intrigue and deception. To add to his troubles, Polly mysteriously vanishes. Or does she? The girl at the Chameleon Tours desk looks like Polly, and even sounds like her, but she claims she comes from Zurich. Who is she really? Who is behind these abductions, and for what sinister purpose?

Soon the Doctor and Jamie must face a desperate group of faceless aliens - the deadly Chameleons....

Anneke Wills, who played the Doctor's companion Polly in the BBC TV series, reads Terrance Dicks' novelisation based on an original serial by Malcolm Hulke and David Ellis.

What listeners say about Doctor Who: The Faceless Ones