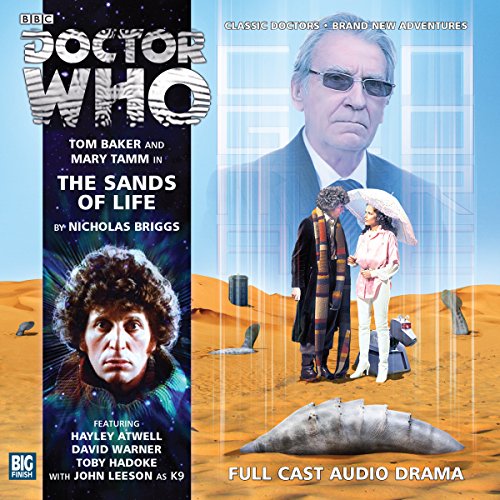 Sheridan Moorkurk has just been elected president of Earth...but the harsh realities of who really runs the planet are just beginning to dawn on her. And what's more, she's starting to hear voices. Meanwhile, the Doctor and Romana encounter a mass of aliens heading to Earth - aliens who have already made the mistake of upsetting the infamous Cuthbert, all-powerful CEO of The Conglomerate, by destroying one of his space platforms. Will the Doctor and Romana be able to avert interspecies war that will destroy all life on Earth?

What listeners say about Doctor Who - The Sands of Life

really good but it should say Part 1

Really enjoyed this book. But it stopped in the middle of the story. it should really be clear that there are multiple parts