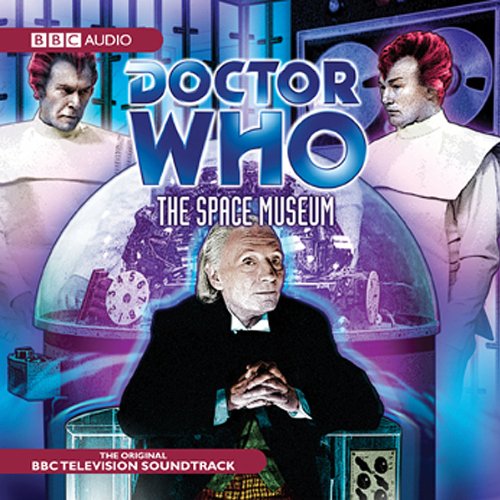 William Hartnell is the original Doctor in this soundtrack of a classic TV adventure, with linking narration by Maureen O'Brien.

When the Doctor and his companions, Ian, Barbara and Vicki, enter a museum on the planet Xeros, they are astonished to find themselves displayed as exhibits! The TARDIS has jumped a 'time track' and offered them a glimpse of what the future could hold.

The native Xerons are planning a rebellion against the occupying force of the Moroks who have invaded their world. The Doctor and his friends struggle not only to survive in the midst of battle, but to help change the future sufficiently to ensure their own freedom!

Maureen O'Brien, who played Vicki in the story, provides linking narration for this intriguing 1965 BBC TV adventure. In a bonus interview, she also recalls her time as a regular companion in Doctor Who.

What listeners say about Doctor Who: The Space Museum