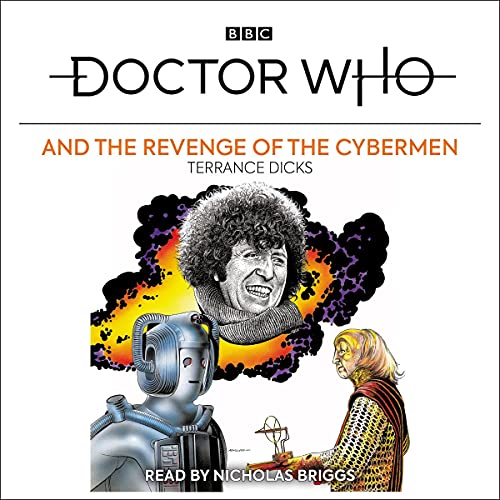 Doctor Who and the Revenge of the Cybermen

Nicholas Briggs reads this exciting novelisation of a classic TV adventure for the Fourth Doctor.

A mysterious plague strikes Space Beacon Nerva, killing its victims within minutes. When the Doctor lands, only four humans remain alive. One of these seems to be in league with the nearby planet of gold, Voga....

Or is he in fact working for the dreaded Cybermen, who are now determined to finally destroy their old enemies, the Vogans?

The Doctor, Sarah and Harry find themselves trapped in the midst of a terrifying struggle to the death—between the ruthless, power-hungry Cybermen and the desperate, determined Vogans.

Nicholas Briggs, who voices the Cybermen in the hit BBC TV series, reads Terrance Dicks' 1976 novelisation of a TV serial by Gerry Davis.

Contrary to one review criticising the choice of Nicolas Briggs I thought he did an excellent job.Tom Baker’s voice is not the easiest to tackle but this was done rather well.He also mastered some of the minor characters which shows a care for the show.I hope he reads some more stories going forward.