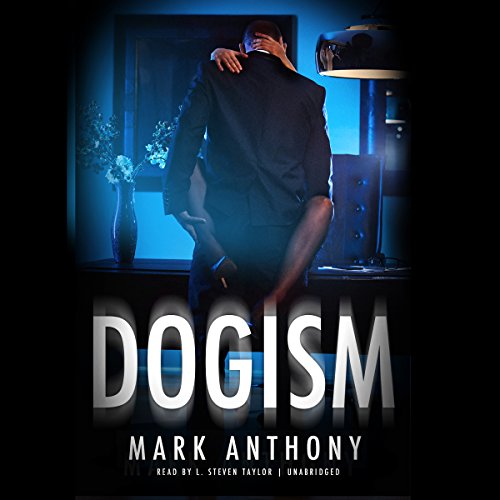 Lance Thomas is a sexy, young black male who has it all: a high-paying blue collar career; a home in Queens, New York; two cars; a son; and a beautiful wife.

However, that marriage happened at a very young age, and it wasn't long after that he realized he was afflicted with dogism, a distorted sexuality that causes men to stray and be unfaithful in their relationships with women. You will not stop listening as you witness Lance as he juggles God, a wife, a son, and a new mistress - all the while trying to end his dealings with a drama-filled stripper from his past who is obsessed with him. In the midst of drama and deception, Lance realizes that eventually, every dog has his day.

Would you try another book from Mark Anthony and/or L. Steven Taylor?

Has Dogism turned you off from other books in this genre?

Very mediocre, not much charisma, monotone.

Occasional peaks in the story that are a bit unexpected that help propel the plot, but nothing grabbing interesting that added any substance to the story.

Story is anti-climatic, boring and drawn out. From the title I thought the story would have been full of dramatic events, shocking surprises and be underpinned by a certain level of rawness. However, it was a HUGE disappointment. The story was almost whinny at times.