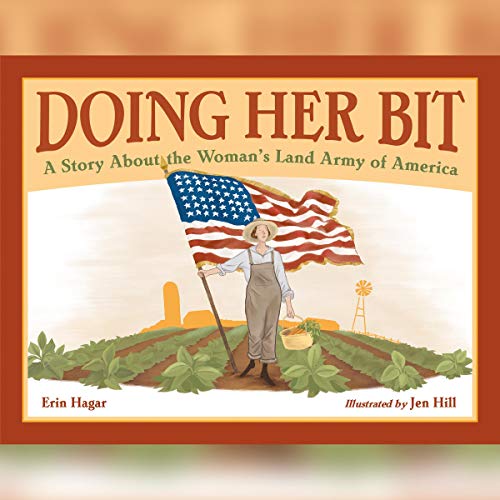 Based on true events from World War I, this fictional story follows “farmerette” Helen Stevens as she trains to farm the land, convinces a farm owner to hire her and her colleagues, negotiates a fair wage, and does her bit for the war effort.

Beginning as a movement to put women to work on farms in place of men serving overseas during WWI, the Woman's Land Army grew to be an integral part of the food supply chain during the war. This unique look at a forgotten history celebrates the true grit of American men and women.

What listeners say about Doing Her Bit