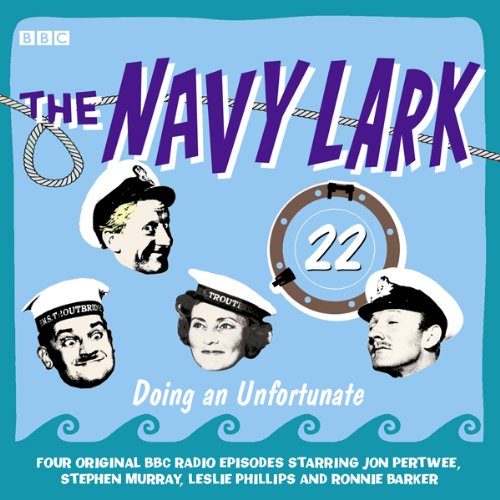 'Stormy Weather (Bashing Six Kinds of Brick Dust)' 22/11/1963: Heather has a dust up with Sub-Lieutenant Phillips about their engagement.

'Chasing the "Kepeac" (Doing an Unfortunate)' 29/11/1963: The Admiral orders Captain Povey to search for a 'ghost ship', but it's so foggy that Phillips can't see what his left-hand-down-a-bit is doing.

'The Jubilee Navy Lark - The Queen's Silver Jubilee Edition (The BBC are Sending the Bill to Buckingham Palace)' 16/7/1977: There's a rail strike and the entire crew can't get back to the Royal Yacht Britannia. The Admiral suggests a relief crew is provided - from HMS Troutbridge.

What listeners say about Doing an Unfortunate