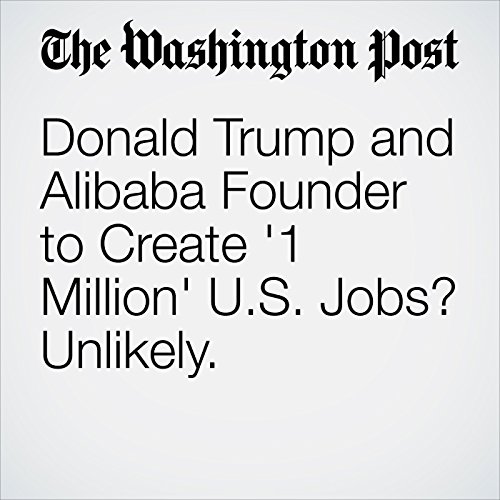 On some levels, the meet made sense: Trump wants to be seen as negotiator-in-chief, so why not meet with the head of a trading empire? Ma, whose business was recently returned by the United States to the list of “notorious markets” for selling fakes, got good press from the soon-to-be most powerful man in the world.

"Donald Trump and Alibaba Founder to Create '1 Million' U.S. Jobs? Unlikely." is from the January 10, 2017 World section of The Washington Post. It was written by Emily Rauhala and narrated by Jenny Hoops.