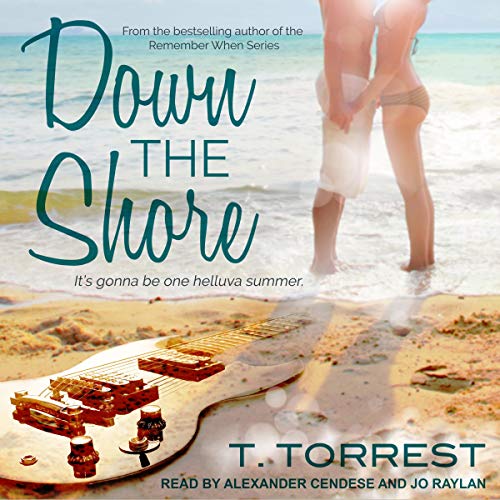 Livia Chadwick is a photographer by day and a self-proclaimed rock-n-roll junkie by night. Her dating life is a lackluster parade of evasive jerks and her boss is an unrelenting nightmare of a human being. What else can a girl do but rent a beach house with her girlfriends and blow off a little steam every weekend? But hey, she's from Jersey. Barhopping down the shore all season is sort of mandatory. All is going according to plan . . . until she meets Jack.

Jack Tanner is a contractor-turned-musician in a small-town cover band suddenly thrust into the limelight. He's already had enough of the rock-and-roll lifestyle, and groupies have never been his thing. Then again . . . there's a gorgeous brunette in the audience tonight, checking him out with the most incredible green eyes he's ever seen.

What listeners say about Down the Shore

This may start with your tipped rocker groupie, but it’s so much more. T. Torrest takes us on an emotional roller coaster. Jo Raylan has you feeling everything. Worth a credit? Yes,!

This was the first book that I listened to by T Torrest and I was pleasantly surprised! There was a lot of depth to the story and held my interest from the beginning. It was a great story that didnt have a lot of drama or sex. I feel like Jo Raylan puts a lot into her narration.