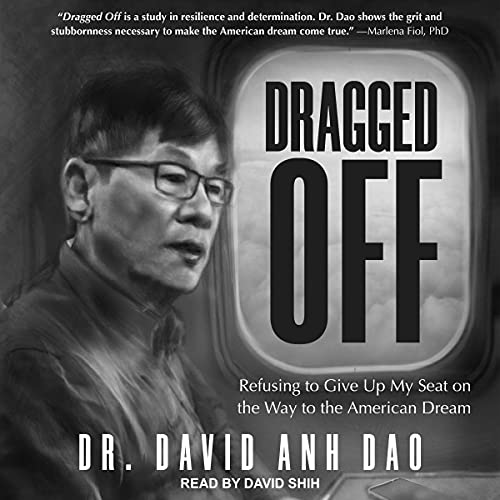 Dr. David Dao was dragged off United Express Flight 3411 on April 9, 2017 after refusing to give up his seat. In the tradition of contemporary immigrant stories comes a personal narrative of the many small but significant acts of racial discrimination faced on the way to the American dream.

The unseen effects of discrimination. The United Airlines scandal of 2017 garnered more than a million views on YouTube. A result of an overbooking overlook, security officials forcibly removed Dr. Dao after refusing to give up his seat. He awoke in the hospital to a concussion, a broken nose, several broken teeth, and worldwide attention. Things aren't always fair for an immigrant, but according to Dr. Dao, you can prevail if you firmly advocate for yourself.

A response to a lifetime of oppressive acts. Why was Dr. Dao so adamant on his right to a seat? His entire life had led to that moment. A Vietnamese refugee, he fled his home country during the fall of Saigon. He was stranded in the Indian Ocean, immigrated to the United States, enrolled in medical school for a second time, built a practice, and started a family - all the while battling the effects of discrimination and what he had to embrace as a result. This is his story.

What listeners say about Dragged Off