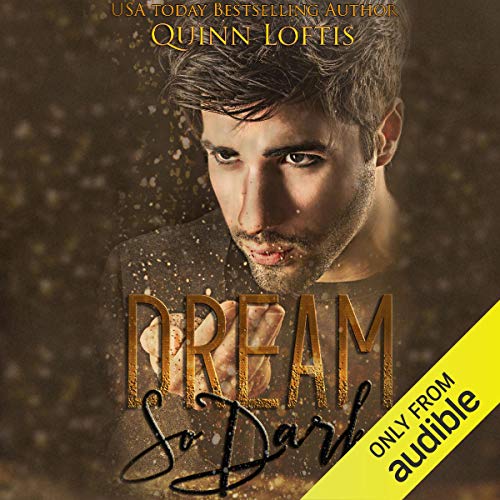 Warning: Dream So Dark is book 2 in this series and darker than book 1. Child trafficking is mentioned though not graphically. No explicit explanations but themes of sexual violence and healing after are explored. Thank you for considering my book for your next listen.

He was created to be a messenger and guider of dreams. He has traveled the earth for centuries upon centuries fulfilling his purpose. Until her. Serenity crept into his existence as seamlessly as the dreams he wove and just as effortlessly, she stole his heart. Their future is still unclear, but Dair knows he doesn't want to spend even another hour without her.

Meanwhile Emma Whitmore, a brilliant young girl who has overcome so much at her tender young age was dropped in both their laps, but for what purpose neither is certain. Taken from the people she's grown to love and put in a home with a man who has no love to give, she fights to survive. She just has to hang on until she can be returned to the adoptive family who has already claimed her.

Three lives, unsure of what is to come, fighting the darkness that is closing in all around them. If they are to have any future together, then evil cannot prevail. But at what cost to them?

What listeners say about Dream So Dark

I have read this series before and I love it even more after listening to the audio book .
Still eagerly looking forward to the next book!

I've not had a book move me so much. Rage because you know this goes on. Humor with Emma and her mother's advice. Where on earth did you ever think up all of those gems? I cried with Emma's song.
serena