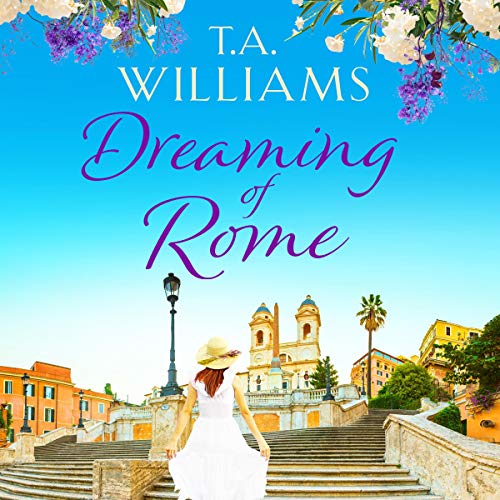 Jo has had enough of handsome men. After a painful breakup, she’s decided she doesn’t believe in love.

Then, while on a professional trip to the magical city of Rome, she meets Corrado, a scientist and her brother-in-law to be, and he doesn’t believe in love, either. To him, it’s just a biochemical reaction. So what’s the problem?

Well, he’s gorgeous for a start, as well as charming, generous, intelligent, and attentive, and she feels herself immediately falling for him, despite her new outlook.

The majesty of the Eternal City brings them ever closer together. But is their relationship doomed, or will love conquer all?

Heartbreaking and hilarious in equal measure, Dreaming of Rome is a joyous and uplifting listen, perfect for fans of Holly Martin, Tilly Tennant, and Jenny Oliver.

What listeners say about Dreaming of Rome