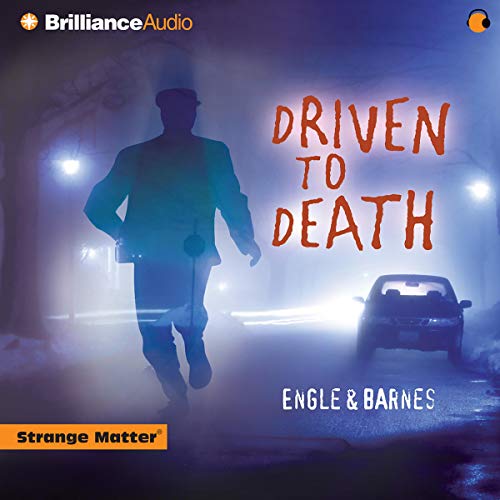 Darren Donaldson is staring out his bedroom window at 2 o'clock in the morning, panicked, looking down the street for any sign of his brother.

His older brother, David, snuck out of the house at midnight, taking the car as usual, making Darren promise he wouldn't tell. He's been gone for three hours, the longest he's ever been gone. Something must have happened. Something dreadful.

Wait! There's David now! The car is coming down the street. He's killed the engine, coasting toward the driveway. He's scrambling out of the car, pushing it from behind. He looks frantic, terrified! What's going on? He's signaling for help, looking over his shoulder as if. .

Headlights snap on at the end of the street as an engine roars to life.

Something is chasing him. . . and it isn't stopping.

What listeners say about Driven to Death