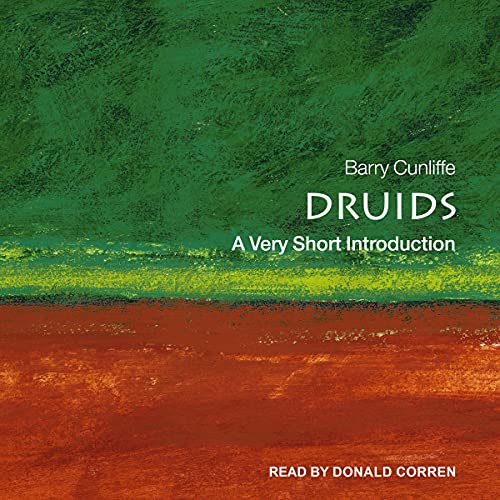 The Druids have been known and discussed for at least 2400 years, first by Greek writers and later by the Romans, who came in contact with them in Gaul and Britain. According to these sources, they were a learned caste who officiated in religious ceremonies, taught the ancient wisdoms, and were revered as philosophers. But few figures flit so elusively through history, and the Druids remain enigmatic and puzzling to this day.

In this Very Short Introduction, one of the leading authorities on British archaeology, Barry Cunliffe, takes the listener on a fast-paced look at the ever-fascinating story of the Druids, as seen in the context of the times and places in which they practiced. Sifting through the evidence, Cunliffe offers an expert's best guess as to what can be said and what can't be said about the Druids, discussing the origins of the Druids and the evidence for their beliefs and practices, why the nature of the druid caste changed quite dramatically over time, and how successive generations have seen them in very different ways.

What listeners say about Druids