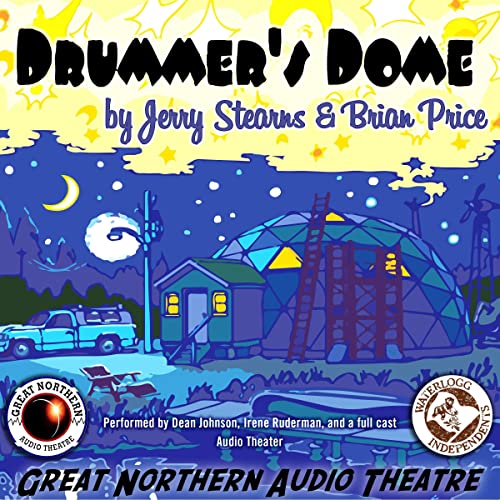 A full-cast comedy production by the Great Northern Audio Theatre.

Drummer Crowley is finally able to build the house he always dreamed of - a geodesic dome in the woods. That's because they finally released on CD the three albums his band, Bent Sunshine, made back in the 1960s. He hires a carpenter and enlists his son and daughter-in-law to help, but they find that the inside of the dome seems to contain a different world.

Drummer is feeling better than he has in years, and that carpenter? Well, she's starting to look awfully cute.

What listeners say about Drummer's Dome