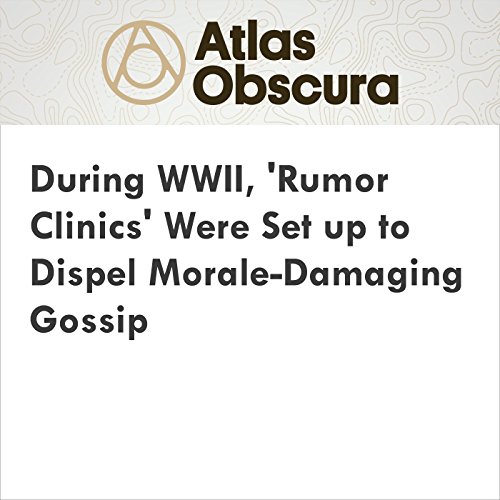 During WWII, 'Rumor Clinics' Were Set Up to Dispel Morale-Damaging Gossip

Rumors, like most forms of gossip, are usually rooted in half-truths and outright falsities. Yet, during World War II, these insatiable tidbits of hearsay threatened to undermine civilian morale and even cause unrest within the military community when they nearly spiraled out of control.

"During WWII, 'Rumor Clinics' Were Set Up to Dispel Morale-Damaging Gossip" is from atlasobscura.com, published on May 17, 2017.