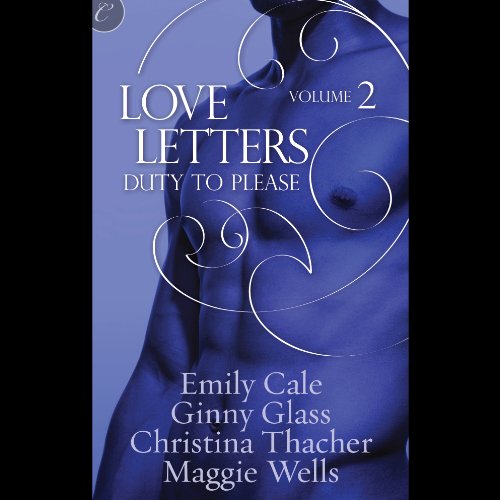 "E Is for Entice", by Emily Cale: Coast Guard Petty Officer Evan Marshall knows it won't be easy proving to his hometown that he's matured - especially his former girlfriend, Ciara Knowles. Though they soon re-create some very hot memories, it may take a disaster to truly bring them together.

"F Is for Fallout", by Ginny Glass: When Spencer Corwin returns from Iraq, all he can think about is finally meeting the woman he's been corresponding with in the flesh. But will their red-hot passion survive the fallout of learning they've both been living a lie?

"G Is for Gun-Shy", by Christina Thacher: Colonel Jack Travis doesn't want to be partnered with buttoned-up military strategist Davina McCall - even if she's the sexiest woman he's ever seen. When a freak storm traps them in Jack's cabin, the buttons start coming undone...and things really start heating up.

"H Is for Hotshot", by Maggie Wells: Smoke jumper Luke Whitehawk usually fights fires - when he's not fighting his sizzling attraction to pilot Tara Ferris. And Tara's determined that this is one battle Luke is destined to lose....

What listeners say about Duty to Please

I enjoyed these four sexy stories. Mmmm Men in uniform.. Some hotter than others. A great way to pass a few hours and have time out from a full on long story. Most enjoyable..

It is hard for me to review this collection of short stories. I think that the stories were just what I expected. Short, fun, sexy, just a bit of brain candy for a day when I didn't want to have to think too much. Having said that, the narrator made it almost impossible for me to listen to the book. Words mispronounced...zero emotion...an odd cadence...and (for me anyway) one of the most annoying voices I can imagine! Even though this was a very inexpensive purchase...and I wasn't expecting a masterpiece...this is going to be my very first EVER return to Audible. It was quite simply...awful. The authors of these short stories were done a great disservice by the publisher who chose this narrator.

Get a narrator that could evoke some emotion...any emotion

Would you be willing to try another one of Pepper Street’s performances?