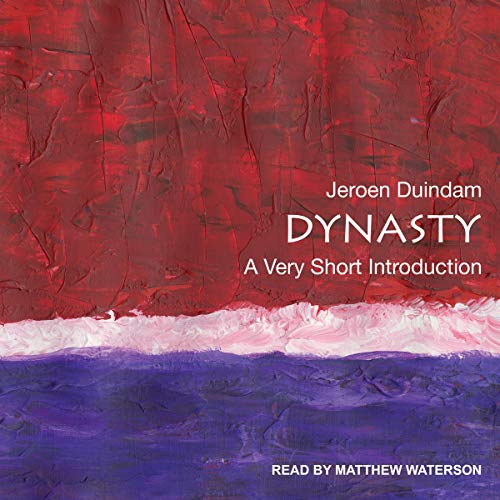 For thousands of years, bloodlines have been held as virtually unassailable credentials for leadership. At the heart of royal dynasties, kings were inflated to superhuman proportions, yet their status came at a price: While they may have reigned, they were very often ruled by others who sheltered behind the ruler's proclaimed omnipotence. Descent through the female line also occurred, subverting our common view of dynasty as built on father-son succession. Everywhere, women were important as mothers of boy-kings and could even rule in their own right in some places.

In this Very Short Introduction audiobook, Jeroen Duindam connects the earliest history of kings and queens to contemporary examples of family-based leadership. His sweeping overview of five millennia of dynastic rule brings to light recurring predicaments of families on the throne. Examining persistent family conflict and the dilemmas of leadership, he shows how the challenge of governing the family was balanced by the necessity of family scions, close or distant, for the survival of dynasties. In addition, guidebooks for rulers throughout history provided counsel that will appear strikingly familiar to contemporary leaders. Throughout, Duindam sheds light not only on similarities, but also on divergence and change in dynastic practice.

What listeners say about Dynasty