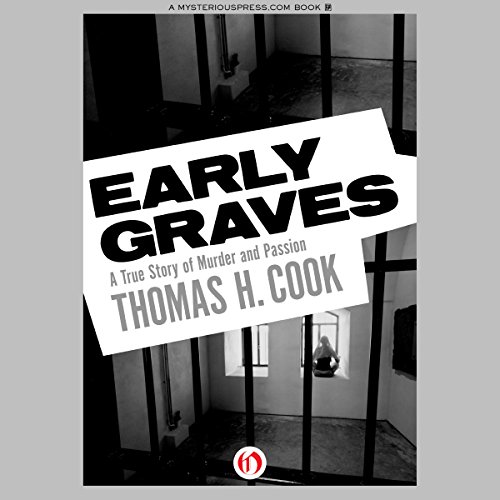 A gut-wrenching true-crime account of a couple on a twisted killing spree in the American South.

Evil has a way of finding itself. How else could you explain the bond between Alvin and Judith Ann Neelley, who consecrated their marriage in blood? Before the killings started, they restricted themselves to simple mischief: prank calls, vandalism, firing guns at strangers’ houses. Gradually their ambition grew, until one day at the Riverbend Mall in Rome, Georgia, they spotted Lisa Ann Millican.

Three days after Lisa Ann disappeared, the 13-year-old girl was found shot and pumped full of liquid drain cleaner. In between her abduction and her death, she was subjected to innumerable horrors. And she was only the first to die.

Drawing on police records and extensive interviews, Thomas H. Cook recounts the story of Judith Ann Neelley, who at 19 became the youngest woman ever sentenced to death row.

This book starts off great, but trails off midway. There are lots of trivial facts that play almost no part in the story or of it's telling. Do you really need to keep bringing up the curled sleeping dog??? The author also tortures us with 1/3rd the book being the court transcript read back to us. Finally, the attempts by the author at using a southern drawl and accent are insulting.

A different book. Yea, it's that bad.

Has Early Graves turned you off from other books in this genre?

Absolutely Not. True Crime / Non Fiction are the books of preference for me. When buying true crime let's stick to authors we know. Ann Rule, Gregg Olsen, Diane Fanning and William Phelps, etc.

The narrator didn't detract. Did the best he could with the material he had to work with. If anything he could of pronounced the names of the towns in Georgia correctly. Did pretty good but it was a downfall. I kind of liked how the narrator tried to use the southern accent and overall he did good but at times made the southern accent sound ignorant. No easy task so I can't hold him resonsbile for that. The author killed it before the narrator got it.

If you could play editor, what scene or scenes would you have cut from Early Graves?

I would of given the manuscript back to the author and told Mr. Cook to destroy it. This could of been a much better story. But it was just the same thing, over and over. Distracting. Boring. Trying to give the victims the respect of finishing their story but it sure is hard.

Don't waste a precious credit. Thank you to Audible for their generous return policy.

A very horrific couple of murders committed by this serial killer couple, written in a classic true crime style. I definitely enjoyed this book, however I was left wondering why the author chose to focus almost exclusively on the female of the pair, Judith Neelly. I think its possible that she played a very important role in the murders as the author has presented, but I was left wondering about her husband's part. I take it that the evidence of his guilt was not straight forward, but I would have rather heard the author's discussion of his life and crimes, and what part he may have played, rather than focusing exclusively on her guilt. Even so, the author presents a convincing story about Judith Neelly's culpability

The story is reads like a police report, full of tedious details. The narrator seems to only have three voices: one an overly deep and dramatic pompous voice, a high pitched southern drawl and a low pitched variation southern drawl. All sound ponderous and overly theatrical, but it's hard to tell who's speaking when the entire story is limited to only these voices. I couldn't finish it.