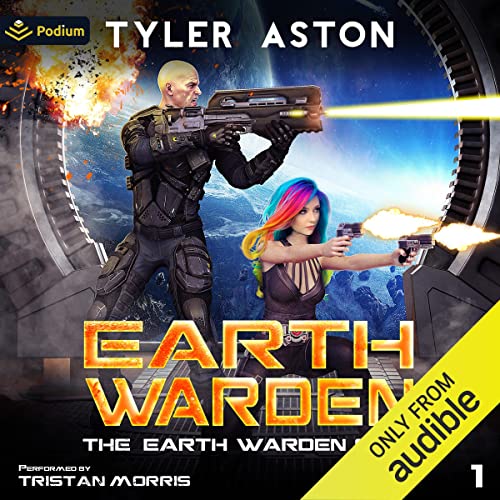 The Wardens are our planet's last line of defence. Powerful warriors, they stand firm against every threat humanity faces.

It’s more than just a career - it’s a sacred calling…but it comes with a very short life expectancy. Lord Kreon, Warden of the First Circle, has a problem: He’s been forced to kill another apprentice, and he’s rapidly running out of candidates. In fact, there is precisely one left….

Raised on modern-day Earth, Tristan knows nothing of the wider galaxy. He’s been fighting just to survive, ever since the day his dad left for work - and never came home. He’s always believed that there was more to life; that he could make a difference. He’s about to discover that what you don’t know can not only hurt you, it can tear your world apart!

Join Tris as he’s catapulted into a universe beyond his wildest imagination, where bizarre aliens threaten mankind, genetically engineered assassins lurk in the shadows, and the mysterious Wardens live by an ancient code…of sacrifice.

What listeners say about Earth Warden

Keanu? Is that you?

The story was ok… some pretty serious plot holes and written with that “you’ll never really know what’s going on, and you won’t really like the characters, but if you don’t think too hard it’ll bounce around enough to keep your head spinning so you won’t notice the constant deus ex machina” style… but still… it’s aight.

But holy god in heaven was the narrator the absolute worst. Picture Keanu Reeves’ character from Bill and Ted’s Excellent Adventure doing an awful English accent while channeling Joe Buck’s style of monotone drone of urgent insistence that every play in the game is of equal interest, be it home-run or a walk… and you have gotten about 2/3 the way to how bad it is.

He literally drags out and emphasizes EVERY SINGLE WORD LIKE IT WAS THE MOST PROFOUND THING EVER. (Like reading something written in all caps, but I guarantee you just read that faster than he would’ve. Go back and read it again, but like you’ve drunk a bottle of night-time cough syrup 10 min before a terrorist threatened to kill your whole family if you couldn’t keep the attention of some 20-year-old girls while you told them word-for-word what was on NPR this morning… in a crowded night club… while channeling Keanu Reeves playing a London chimney sweep.

I’d wax poetic, but I fear I might make you think I’m overstating it. I’m not. Just listen to a sample before you buy it. I should have.