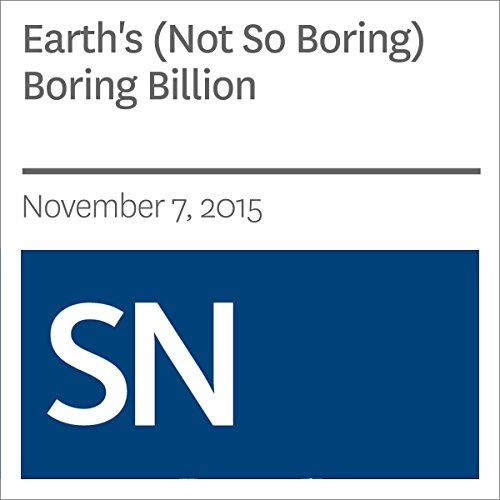 Earth's (Not So Boring) Boring Billion

Earth's long history starts with an epic preamble: A collision with a Mars-sized space rock rips into the young planet and jettisons debris that forms the moon. Over the next few billion years, plot twists abound. The oceans form. Life appears. Solar-powered microbes breathe oxygen into the air. Colossal environmental shifts reshape the planet's surface and drive the evolution of early life.

After this wild youth of rapid change, things slowed down. About 1.8 billion years ago, the climate stabilized. Oxygen levels steadied. Evolution seemingly stalled. For around a billion years, not a lot changed on planet Earth. Scientists called this interval the dullest time in Earth's history. It came to be known as the "boring billion."