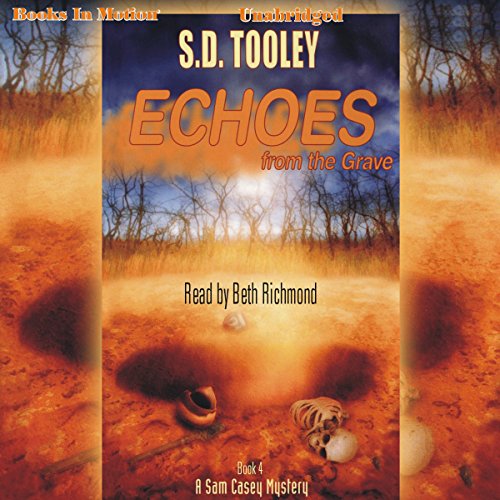 Echoes From the Grave

Former homicide detective, Sam Casey, finds it hard to stay away from crime scenes, especially those where victims have died violently, and where the killers are still unknown. Centuries-old skeletal remains of Native Americans along with artifacts are discovered during the construction of a downtown office building. Sam has a difficult time deciphering her visions of two moons and the sound of gravel crunching until she realizes the two moons are headlights. The Chasen Heights medical examiner follows Sam’s hunch and discovers that one of the victims died three years ago. Sam has more than a passing interest in the case. A family friend is in jail for threatening the construction workers. Sam’s mother is less than forthcoming about artifacts missing from the dig site. And her husband, Detective Sergeant Jake Mitchell, is at a loss to explain how the missing artifacts ended up in his garage.

Elton Breyton III, who runs his construction company on a tight schedule, tries to pull strings to remove the archeologists. Why the rush?  Could it be he knew the victim was his young wife, Amanda, who left him three years ago for another man?  Bryce Breyton resented his father’s remarriage but doesn’t have an alibi for the night Amanda disappeared. Nora Breyton despised the beautiful young woman who broke up her family. Jake likes money motives and there are enough to peg all three Breytons for the murder. Sam likes passion motives. If Amanda was running off with another man at the time of her death, who was he?  More importantly, where is he now? The more Sam digs into the case, the more confusing it becomes, because now she is hearing more than one voice.