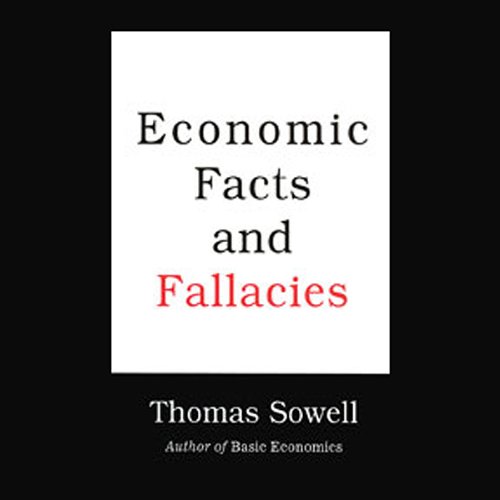 Economic Facts and Fallacies is designed for people who want to understand economic issues without getting bogged down in economic jargon, graphs, or political rhetoric. Writing in a lively manner that does not require any prior knowledge of economics, Thomas Sowell exposes some of the most popular fallacies about economic issues, including many that are widely disseminated in the media and by politicians: fallacies about urban problems, income differences, male-female economic differences, academia, race, and Third World countries.

While all of these fallacies have a certain plausibility that gives them their staying power, this makes it even more important to carefully examine their flaws. Sowell holds these beliefs under the microscope and draws conclusions that are sure to inspire rigorous debate.

"Sowell is fearless and invariably so far ahead of the curve in discussing economics or politics or pretty much anything that the rest of us are left with eating his intellectual dust. I can't think of a higher compliment that that." (Fred Barnes, Executive Editor, Weekly Standard)

Another great Sowell book although there is a lot of overlap between this and Sowell's Basic Economics.

this book breaks down the problem of making decisions based on preconceived notions without prior proper investigation necessary in many important matters in our society..

The importance of reading data in the right way

“Lies, Damned Lies and Statistics!”
The importance of digging deeper into any assertions and statistics, is made clear, in this very important and impressive book.
Whether you’re on the Left or on the Right; there are lessons that you can learn from this.

Go back and analyse some of your personal assertions and beliefs; whether on immigration, man-made climate-change or racism …

Consume this book before you believe what you hear

You should consume this book before you fall for a politicians spin or the media's half truths.