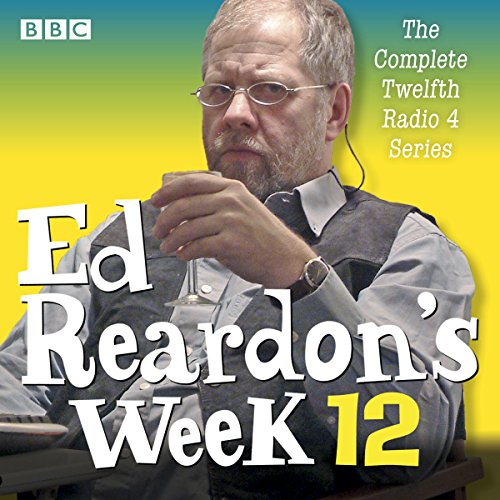 Curmudgeonly author Ed Reardon is back - sent down from university and temporarily living in a hotel, where he's trying to write a novel. With Ping away 'oop North', Ed has a new agent, Maggie, a jam-making, sock-knitting 'older lady'. Can she help him to turn his fortunes around?

In these six episodes, Ed gets a writing gig on Your Motorhome Magazine - and moves into exciting new accommodation and attends his annual health check, where he gets inspiration for his new column and tries to prove his identity to claim an inheritance. Plus, he is persuaded to enter the world of local politics, discovers a whole new world of self-satisfaction surveys and decides to put his relationship with Maggie on a more permanent footing by introducing her to his children.

"The funniest sitcom ever to grace Radio 4." ( Radio Times)

Listening to Ed Reardon use up his scant luck bumbling through this delightful series makes me realise that my life isn't quite so bad after all.... I can recommend this two fingers of grin & tonic with confidence.... Yummy... 😊

Ed Reardons Week has consistently been the most original and funniest grown up comedy.
Very in tune with the dum down PC crazy beeb, and very rare, shows someone really struggle to make ends, but who refuses to give up or go quietly

My Dear Ed, as a fellow grump, I have now listened to all of your irreverant offerings and revelled at your ability, as an outsider to the rest of humanity, to observe, comment and fume at the madness around us. Every line is clever and very, very funny. All the characters verbal cartoons of the loonies in all of us. May Ed stumble on forever. Brilliant writing, great acting ...thank you,