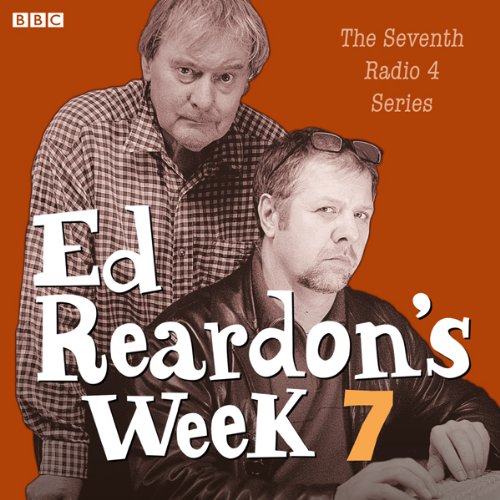 Radio 4's most curmudgeonly author is back for a new series, complete with his trusty companion Elgar, his pipe and his never ending capacity for scrimping and scraping at whatever scraps his agent, Ping, can offer him to keep body, mind and cat together.

In these six episodes, austerity has hit Ed hard. But things may be looking up as Ed starts working with the most disturbingly fresh and mesmerizingly compelling voice of his generation, Ben Herbert and finds himself employed on a corporate video along with director and old sparring partner Jaz Milvane. He also enrols on a writing course and learns a thing or two about setting up his very own 'Script Doctor' service.

Plus, Ed finds himself in the middle of some sibling rivalry when Ping's sister, Py, undertakes some work experience at the agency; decides to immerse himself in popular culture by retuning away from Radio Four and subscribes to Facebook, where he’s reminded of the lovely Fiona Templeton. Should an old acquaintance be renewed or should Ed leave well enough alone?

Hello, my name is Andy and I am an Edaholic.... It's been 2 minutes since my last fix....and I'm rattling already.

Has continued to get better with each series but as we move into the post crash era Ed Reardon's world is a touch more relatable. Much of the satire is on point, if at times it is obvious that the characters have been aged down at least10 years. I reckon it was mods and rockers jeering on the heath, not punks!