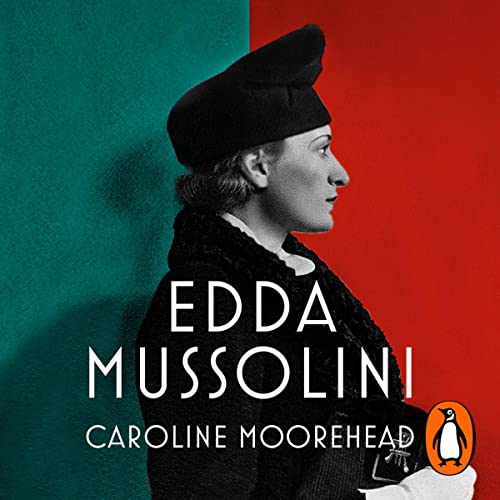 She was her father's confidante during the 20 years of Fascist rule, acting as envoy to both Germany and Britain, and playing a part in steering Italy to join forces with Hitler. From her early 20s, she was effectively first lady of Italy. She married Galeazzo Ciano, who would become the youngest foreign secretary in Italian history, and they were the most celebrated and glamorous couple in elegant, vulgar Roman Fascist society.

Their fortunes turned in 1943, when Ciano voted against Mussolini in a plot to bring him down, and his father-in-law did not forgive him. In a dramatic story that takes in hidden diaries, her father's fall and her husband's execution, an escape into Switzerland and a period in exile, we come to know a complicated, bold and determined woman who emerges not just as a witness but as a key player in some of the 20th century's defining moments. And we see Fascist Italy with all its glamour, decadence and political intrigue, and the turbulence before its violent end.

What listeners say about Edda Mussolini