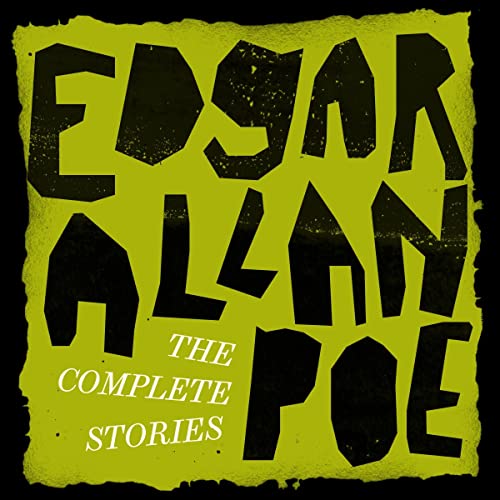 Edgar Allan Poe was a writer, poet, editor and literary critic. Poe is best known for his poetry and short stories, particularly his tales of mystery and the macabre, and is widely regarded as a central figure of Romanticism in the United States and of American literature. Poe was one of the country's earliest practitioners of the short story and considered to be the inventor of the detective fiction genre, as well as a significant contributor to the emerging genre of science fiction.

The 55+ stories included here are:

What listeners say about Edgar Allan Poe: The Complete Stories

The Finest Collection of Poe's Stories

This collection, expertly read with true understanding and enthusiasm by Jonathan Keeble, is one of my favourite things I've listened to on Audible. Poe is an incredible storyteller and it's a pleasure to be taken through all his stories in safe hands.

Although Jonathan Keeble is one of my favorite narrators and Poe one of the genius writers of all time, I found this to be an impossible listening experience. I suppose I prefer some books to be read on pages with the narrator’s voice in my own imagination.