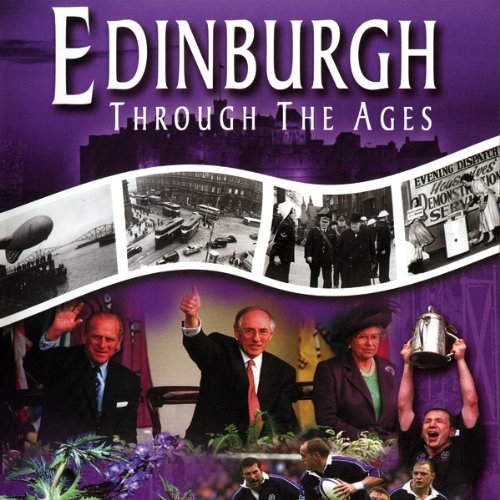 Presented by one of the legends of Edinburgh's cultural scene Richard Demarco, Edinburgh Through the Ages takes the listener on an historical and artistic journey around Scotland's great capital city.

Starting with the development of the city as a bronze age settlement on the castle rock and on through the dangerous political climate of the 16th century, Edinburgh Through the Ages also shows how the city came of age during the Scottish 'enlightenment' becoming a hotbed of artistic and philosophical achievement as figures such as Allan Ramsey jr. and intellectuals like David Hume won it the title of 'the Athens of the North'.

Edinburgh has also bequeathed more than its fair share of scientific inventions on the world from the pneumatic tyre to the television and the Forth Bridge which holds the title of the greatest engineering achievement of its time.

Edinburgh Through the Ages examines the huge architectural legacy of a city which moved American President Thomas Jefferson to describe its New Town as one of the wonders of the age.

The sporting life of the city is also examined, from the great rivalry between Hibs & Hearts to the hallowed turf of the Murrayfield rugby fortress as well as the legacy of having held two Commonwealth Games.

Richard Demarco's own unique insights and astonishing knowledge of his home town will reveal the heart and soul of this most complex and beautiful of capital cities.

This audiobook is based on the DVD of the same name.

Not an audio book

What would have made Edinburgh better?

This is the sound track off of a TV special. I'm sure it was a lovely special on TV, but not worth it as an audio file.

I enjoyed the historical information in this book however the narration and recording is poor and has no fluidity. Disappointing . Sounds like an old radio program from the 30's.