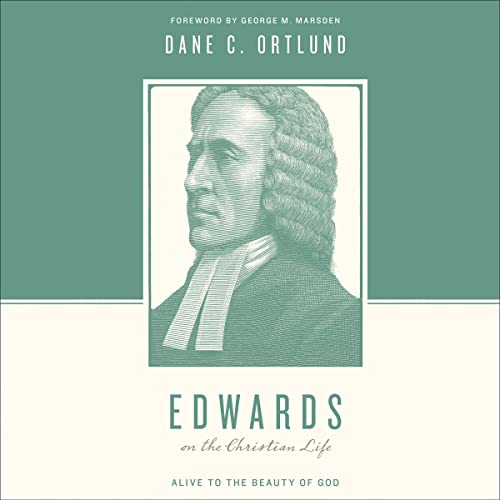 Edwards on the Christian Life

Jonathan Edwards is widely hailed as the greatest theologian in American history. In Edwards on the Christian Life, Dane Ortlund invites us to explore the great eighteenth-century pastor’s central passion: God’s resplendent beauty. Whether the topic was the nature of love, the preeminence of Scripture, or the glory of the natural world, the concept of beauty stood at the heart of Edwards’s theology and permeated his portrait of the Christian life. Clear and engaging, this accessible volume will inspire you to embrace Edwards’s magnificent vision of what it means to be a Christian: enjoying and reflecting of the beauty of God in all things.

Martin Luther’s historical significance can hardly be overstated. Known as the father of the Protestant Reformation, no single figure has had a greater impact on Western Christianity except perhaps Augustine. In Luther on the Christian Life, historian Carl Trueman introduces listeners to the lively Reformer, taking them on a tour of his historical context, theological system, and approach to the Christian life. Whether exploring Luther’s theology of protest, ever-present sense of humor, or misunderstood view of sanctification, this addition to Crossway’s Theologians on the Christian Life series highlights the ways in which Luther’s eventful life shaped his understanding of what it means to be a Christian. Ultimately, this book will help modern listeners go deeper in their spiritual walk by learning from one of the great teachers of the faith.

John Newton is best known as the slave trader turned hymn writer who penned the most popular English hymn in history: “Amazing Grace.” However, many Christians are less familiar with the decades he spent in relative obscurity, laboring as a “spiritual doctor” while pastoring small parishes in England. In the latest addition to Crossway’s growing Theologians on the Christian Life series, Tony Reinke introduces modern listeners to Newton’s pastoral wisdom by leading them through the many sermons, hymns, and―most importantly―letters that he wrote over the course of his life. Considered by many to be one of the greatest letter writers of all time, Newton has valuable insights to offer modern Christians, especially when it comes to fusing together sound doctrine, lived experience, and godly practice.

Widely recognized as a pillar of 20th-century evangelicalism, J. I. Packer has had a profound impact on millions of Christians living today. Now in his late eighties, Packer still exerts an enormous influence on pastors and laypeople around the world through his many books, articles, and recorded lectures―works that overflow with spiritual wisdom related to the Christian life. In the latest addition to Crossway’s growing Theologians on the Christian Life series, well-known pastor Sam Storms examines Packer’s legacy when it comes to the Christian and sanctification. Whether exploring Packer’s insights into prayer, Bible study, the sovereignty of God, or the Christian’s fight against sin, this accessible book offers listeners the chance to learn from the best of Packer’s thinking on what true godliness really entails.

The importance of Dutch theologian Herman Bavinck to Reformed theology is difficult to overstate. Bavinck's comprehensive four volume systematic theology, Reformed Dogmatics, is a modern classic that has influenced countless pastors and theologians over the past 100 years. In Bavinck on the Christian Life, scholar John Bolt brings the great Dutch theologian’s life and work to bear on following Jesus in the 21st century. By practically applying Bavinck's systematic works to the Christian life and looking at the life of the man himself, this book shows the direct connection between robust theology, practical holiness, and personal joy.

John Owen is widely hailed as one of the greatest theologians of all time. His many works―especially those encouraging Christians in their struggle against sin―continue to speak powerfully to audiences today, offering much-needed spiritual guidance for following Christ and resisting temptation day in and day out. Starting with an overview of Owen’s life, ministry, and historical context, Michael Haykin and Matthew Barrett introduce listeners to the pillars of Owen’s spiritual life. From exploring his understanding of believers’ fellowship with the triune God to highlighting his teaching on justification, this study invites us to learn about the Christian life from the greatest of the English Puritans.

Part of the Theologians on the Christian Life series.

What listeners say about Edwards on the Christian Life